Most of you here probably know me from my near 40 years in the Martial Arts, and my Action Movie Career. As an only son, for the last 10 years I’ve been focused on taking care of my ailing Mother who passed in 2014 at 89 Years old, and most recently my 94 year old Father passed from end stage Parkinson’s. He was interred at Arlington Nation Cemetery with Full Military Honors. Now that I have moved to my home in Florida, I want to reach out to my International Friends and fans and get involved while continuing to pursue my passion for Martial Arts, helping implement Children programs (after school programs and Martial Arts in-school classes), Refugee and Environmental issues around the world.

As my duties as a devoted son have now been fulfilled, I look forward to making appearances at events, and showing up to support causes and making a difference. My family is all of you, and I look forward to what the future brings!  Please join my mailing list, visit my blog and keep in touch.  Use the contact form below to reach me or on the various QR Code images on the site to contact me at any time.

Have a blessed day and I look forward to hearing from you all.

Grand Master Loren Avedon ~ The King of The Kickboxers!

What WarriorWear.Clothing is all about… A CALL TO ACTION: One day my Dad and I were talking about a friend of his who came back from serving his last tour in Afghanistan. He was a Career Marine who had joined after 9/11. I saw my Dad became very emotional. And he said: “He passed away”. I said “I’m sorry, was he killed in Action?” and my Dad said “No”. Not wanting to pry I let it go and we went down to the beach. 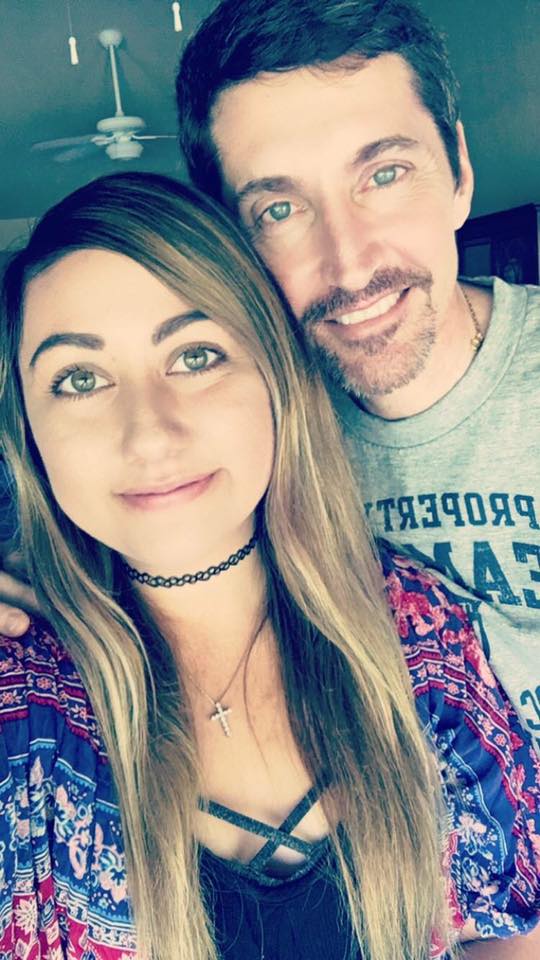 Me and my Dad

When we got there I was taking pictures and looking at all the beauty surrounding us. My Dad was looking at the ocean, across the sea 2,000 miles was where he brought me up in Los Angeles. I saw a tear run down my Dad’s face, and I grabbed my Dad’s arm and said “What’s wrong?” he said “I’m just thinking about my friend, the Marine” I said: “Its ok Dad” he said “No, its not. Its not ok at all”. So I listened to him as he told me that his dear friend had hung himself, leaving behind his wife and 2 beautiful children. My Dad has always been a man who is what you might call a “helper”, a “giver”. My Dad would give the shirt off his back for anyone. I listened for about a hour as we sat at the beach. He told me about PTS, and about all the horrors of War that my Grand Dad CDR Burt Avedon who served in WWII and Korea as a Navy Fighter Pilot and my Great Grand Dad Harold had gone through in WWI as a Sargent in the First Army Air Corps.

He went on to talk about how he loves to help kids by teaching Karate and about all the Children, who are not as lucky as I am because they are starving and have some illness that can be saved from death if they just got a little help. He talked about all the kids and families displaced by war and who live in tents in horrible conditions. He talked about all the people, families, children displaced by war and conflict, and about his feelings of guilt that he never joined the Service and why. He told me Grammy, his Mom, would not allow him to enlist as her husband had been listed missing in action, in WWII when his LST broke in half at Omaha Beach on D-day, he did survive and came back but he was never the same. He went on about how Grammy would see my Great Grand Dad Harold twitch, and have terrible ticks and seizures all through his life because of being gassed in WWI. My Dad said he did register for the draft at 18 as that is the law, but by chance of fate there was no draft during his early adulthood. It was then I decided I had to try and do something and what you see here is I hope a beginning.

I asked my Dad about what Charities he believed in, and he mentioned 4 to me, among many that are the most important to him. I asked my Dad about some of the Art Work on his web site and about the Artists. I thought it would be a good idea and Walter agreed to make some merchandise to sell and give 80% of the net revenue to the Charities my Dad mentioned. He told me it would take time to make enough money to make any substantial contribution but he agreed to help, as he has known my Dad for years and is not only a fan but a very talented Artist himself. He designed my Dad’s web site. So we began with the products that you see here. My Dad was very pleased to find out about what we were up to and he agreed to allow me and Walter to do whatever we wanted as long as “We were helping other people, and everything we do is completely transparent”. I know it will take time and a lot of prayer and hard work to get this to be more than just a web site, but that is what my Dad always taught me. “You can never lose if you are trying your best to make a difference in the world… He who saves one person, saves the world entire…” I love my Dad so much and he has a heart as big as can be. We want to make a difference, and be able to morph this into a “Foundation” that can “piggy back” onto other charities, and become a legitimate charity of its own. We cannot officially use these charities logos or other info to endorse ours, but we can get the word out, and I hope you will help us by sharing this web site and buying some of the merchandise listed here, so one day I will be able to make the dream come true. “Out of a Mustard seed grows a mighty plant”. So here are the Charities:

The United Nations High Commissioner for Refugees (UNHCR) is a United Nations agency with the mandate to protect refugees, forcibly displaced communities and stateless people, and assist in their voluntary repatriation, local integration or resettlement to a third country. USA for UNHCR, the UN Refugee Agency, is more than a donation to a Charity. It’s a lifeline.

It means the UN Refugee Agency can respond — quickly, effectively, compassionately — whenever and wherever violence erupts or disaster strikes.

It means refugees rebuilding their lives can receive cash assistance, household essentials and education. And it means vulnerable children, women and men around the world will have hope for a safer future — not just today, but every day of the year.

UNICEF works in over 190 countries and territories to save children’s lives.

UNICEF works in over 190 countries and territories to save children’s lives, to defend their rights, and to help them fulfill their potential, from early childhood through adolescence. And we never give up.

UNICEF works with partners around the world to promote policies and expand access to services that protect all children.

Reaching every child in emergencies

UNICEF is on the ground before, during, and after emergencies, working to reach children and families with lifesaving aid and long-term assistance.

Explore our most urgent work in humanitarian emergencies 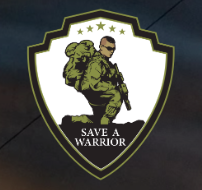 Save A Warrior is an original, Warrior-led, well-grounded and timeless journey for active duty military, returning veterans and first responders who feel desperately alone. Give us a week and you will change the way you see – and live – your life.

We provide counseling services in the fields of mental health and wellness, suicide prevention and post-traumatic stress to veterans, military personnel, police, firefighters and other first responders. Please contact us for more details.

To expand on what it is that Save A Warrior offers is that we provide an alternative, warrior-led, holistic service that equips veterans, military personnel, police, firefighters and other first responders with a community of support and effective techniques to overcome the symptoms associated with post-traumatic stress and suicidal ideations.

THERE IS A SUICIDE EPIDEMIC

K9s For Warriors is the nation’s largest provider of service dogs to military veterans suffering from Post-Traumatic Stress Disorder, Traumatic Brain Injury and/or Military Sexual Trauma as a result of military service post-9/11. Our program is unique, comprehensive, and proven thanks to research by Purdue University College of Veterinary Medicine. We provide each warrior with a service canine, equipment, training, certification, seminars, legal instruction, vet care, housing, home cooked meals, unconditional love and listening, and a life-time of wrap-around services. In essence, we don’t just give each of our warriors a service dog, we give them the K9s Family.

The K9s program is 100% free for the veteran. We have our warriors’ backs.

WarriorWear.Clothing – For the Warrior in you. Dedicated to the HONOR of changing the World. “He who saves one person, saves the World entire…”

All humans are equal, all are Warriors in their own way. We all love, we all need to be of service. Together we will change the world, it all starts with me and you. “Who I am is the change I want to see in the World, and That is Who I Am”. Today and everyday I am a Peaceful Warrior, I will serve my fellow man and do all I can, great or small that is how I am a Warrior. I dedicate my works to all… For the Warrior in You. Thank you for the Honor. Thank you for your attention. Thank you for being a Warrior.

We dedicate this site to all of mankind. I hope you find value in it. I hope you will tell all your friends and family what you we are doing. I hope you will find something here that you like and help us by making a purchase and telling others to as well. You can click on any of the links above to make a donation directly to the Charities we care about. We are here… “For the Warrior in You…”

Yours Very Sincerely and Respectfully,